The dog is better than I

When people act irrationally in an aggressive and violent manner, their behaviour can become unpredictable and often referred to as ‘animal like.’

As innocent young children we believed that it was the wild beasts of the jungle that posed the greatest threat to our safety. Little did we know that our greatest threat was our own human nature, mankind himself.

It is without question that people/ society both in times of peace and war exhibit such ugliness, such violence and darkness, and with such ferocity, that it defies imagination, reminding us how flimsy and unstable our so called ‘civilised’ society and our own very life can be.

When God created man he appointed him lord and master of the entire visible world (Gen. 1:26). “On this account” wrote St Makarios of Egypt (4th Century Philok. Vol.3, pp. 299,300) “fire had no power over him, water did not drown him, no animal injured him, poisonous snakes had no effect on him. But once he had been deceived, he surrendered his lordship to his deceiver.” From the moment Adam and Eve had been deceived by the devil, the natural authority, order and harmony they enjoyed over the visible world had been broken. From this time on comparisons of human nature to animal like nature have become confused.

St Gregory of Sinai (Philok. Vol.4 pp. 213) reminds us that through the fall man was corrupted and that this “Corruption is generated by the flesh. To feed, to excrete, to stride about and to sleep are the natural characteristics of beasts and wild animals; acquiring these characteristics through the fall, we have become beast-like, losing the natural blessings bestowed on us by God. We have become brutal instead of spiritually intelligent, ferine instead of godlike.”

So the lie of our age is that man proceeded from animals when the truth is that our likeness to animals occurred after our fall. And the ugliness and violence of our humanity is against our nature, for when God created man He created him “incorruptible, without bodily humours, and thus he will be when resurrected.” (St Gregory of Sinai pp.213)

Knowing that man unlike animals no longer lives by his true created nature St Peter of Damaskos (11-12th Century Philok. Vol. 3 pp. 106) states: “In our weakness, how can we not shudder and try to escape from the destruction of this life, we who are nothing and who are as insensate as brutes? Wretched as I am, would that I had been true to my nature, as animals are; for the dog is better than I.”

The tragedy and fury of nature with its wild fires and storms and great floods, earthquakes and other catastrophes can be understood in terms of the great discord which followed the fall and which blows constantly on to the face of man to remind him of his past. But through Christ all of humanity can look up to the putting on of the ‘new man’ by the putting away of the ‘old man’ who was reduced to an animal like state. The new man that emerges is the person united to Christ, a new and holy nature. But first the animal like ‘old man’ must be discarded. “If indeed you have heard Him” said St Paul to the Ephesians, “and have been taught by Him, as the truth is in Jesus: that you put off, concerning your former conduct, the old man which grows corrupt according to the deceitful lusts, and be renewed in the spirit of your mind, and that you put on the new man which was created according to God, in true righteousness and holiness. (Eph. 4:21-24)

Because of Christ, the tragedy of old is no longer for those who believe in Him. The tragedy is no longer the evident discord of nature which came about because of our fall. The real tragedy for man is to remain in the unnatural fallen state, in which we remain ignorant of Christ and forgetful of all that He has done for us. St John in Revelations was instructed to record a loud voice he heard from heaven:

“God will wipe away every tear from their eyes; there will be no more death, nor sorrow, nor crying. There shall be no more pain, for the former things have passed away. Then He who sat on the throne said, Behold, I make all things new. And he said to me, Write, for these words are true and faithful.” (Rev. 21 4-5)

When we hear reference being made to the wild beast like nature of fallen man, our minds often lead us to imagine the large and ferocious beasts which we readily fear. But I see an even greater yet less apparent fallen demeanour of modern man of the micro world of insects. I see that men have become like ants involved in ceaseless activity of a minute scale and order. Modern man has become obsessed with detail through the micro-world of the computer, information and technology age, allowing complex accounting, detailed mapping both in terms of his environment and his own make up of DNA, sophisticated auditing and reporting to the degree that like the ant he has himself become impersonal and relates to others on the basis of systems rather than his heart. He has learned never to look up (to heaven) to see the promise of the ‘new age’ to come. 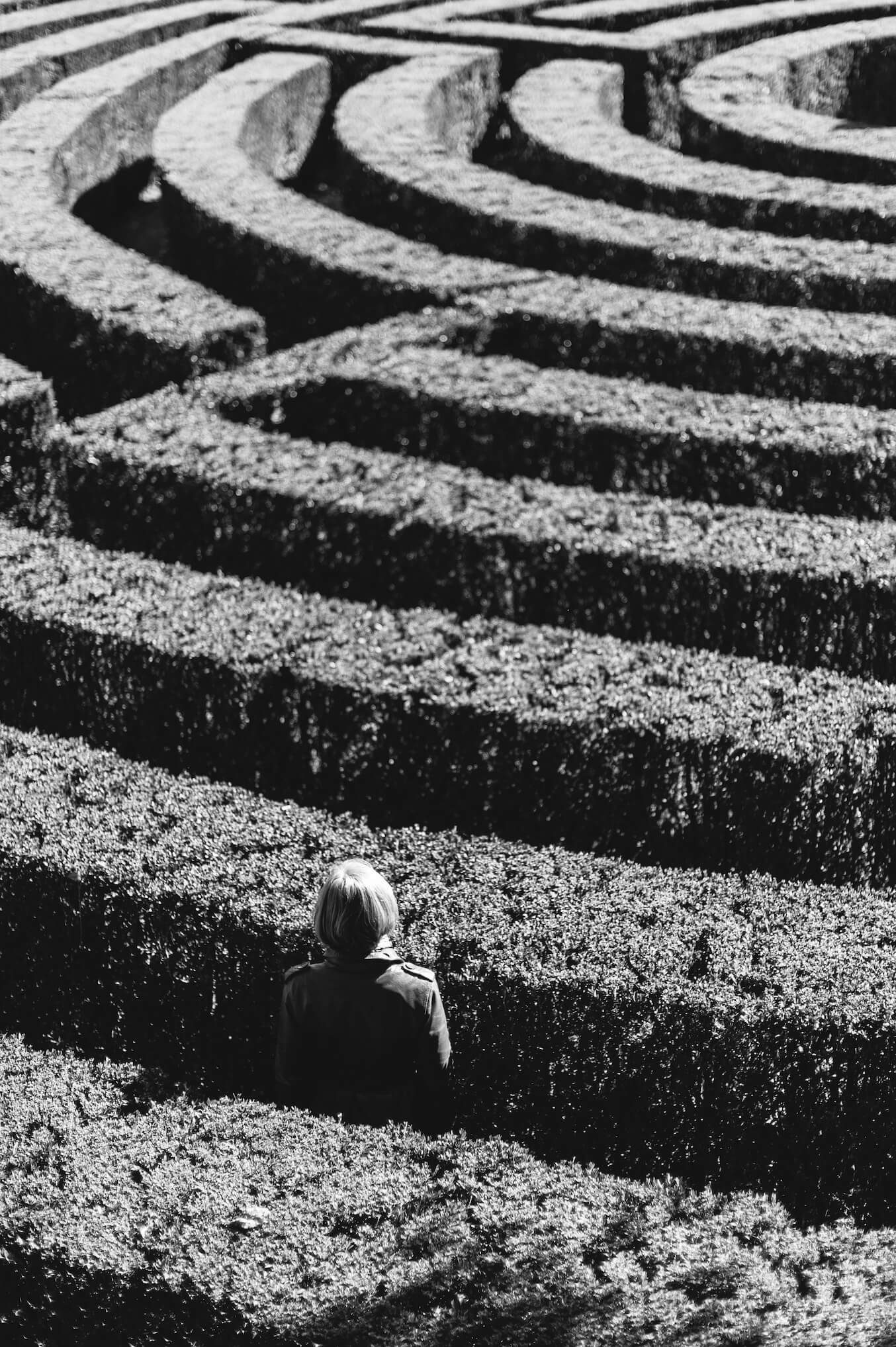 ‘He has forgotten what love is, his eyes are always cast to the ground… ‘

Modern man is completely pre-occupied with himself and what is exceedingly minute and irrelevant for his salvation. He has forgotten what love is, his eyes are always cast to the ground (and what is earthly). He has become a slave of his own false, manufactured, illusionary world. In an attempt to compensate for his deficiencies, he is attempting with his newfound technology to define, prescribe and circumscribe everything, believing that he will regain control of his environment and himself, which we know he never will be able to do because it is a consequence of his fall which can only be restored by God.

The more attention we give to detail believing we are making some progress, the more reliant we become on applying our human logic and the so called facts that we derive from it at the expense of drawing nearer to the divine wisdom and knowledge of truth through faith. And the more we do this, the more we are in danger of alienating ourselves from God who illumines us out of the darkness of our lonely inner world.

Saint Paisios warns: “Do not attach yourselves to ephemeral things, but only to God. Do not become lost in the sea of detail; rather simplify your spiritual struggle first, and do not despair.”

For Christ frees us from tyranny of the world. (An Athonite Gerontikon, Sayings of the Holy Fathers of Mount Athos, 1997, pp. 123)